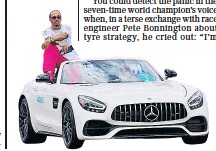 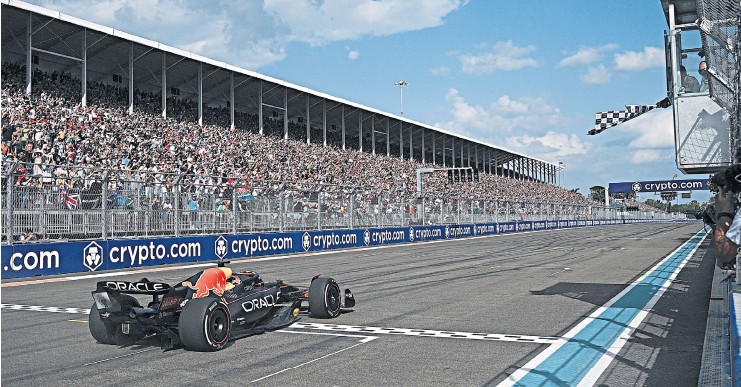 This is becoming a season of mounting indignity for Lewis Hamilton. As if it were not galling enough that he has found himself eclipsed by his younger team-mate, or that Red Bull adviser Helmut Marko has accused him of being a diminished force, he has spent most of a sun-kissed week in south Florida talking in euphemisms about why one of his body piercings could not physically be removed. Hamilton, railing against his detractors, is adamant that he will not retire until his masterpiece is complete. But increasingly he looks a picture of agitation in his wildlyporpoising car. For an explanation, look no further than the gangly figure of George Russell, the hardcharging 24-year-old who is fast posing the greatest challenge to the Hamilton supremacy at Mercedes since Nico Rosberg. Only once, ultimately, did Rosberg outlast his archnemesis over an entire season. Russell, though, has just outperformed the most decorated driver in history for the fourth race in a row. Nowhere was the threat to Hamilton more vividly demonstrated than in the suffocating humidity of Miami. While a lapse in qualifying forced the young pretender to start only 12th, Russell, on hard tyres, gobbled up the ground to Hamilton in sixth at an ominous rate, swarming in his rear-view mirrors come the first round of pit stops. You could detect the panic in the seven-time world champion’s voice when, in a terse exchange with race engineer Pete Bonnington about tyre strategy, he cried out: “I’m