By Jason Burt CHIEF FOOTBALL CORRESPONDENT at the Etihad Stadium 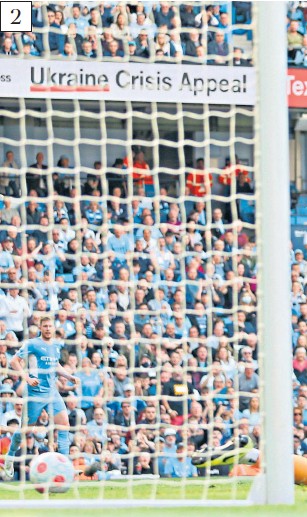 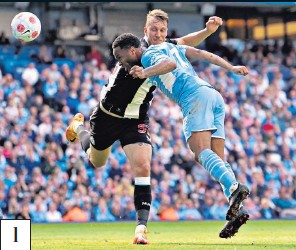 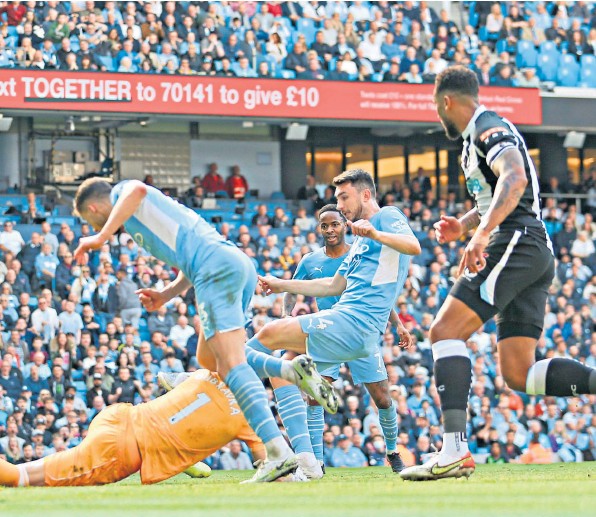 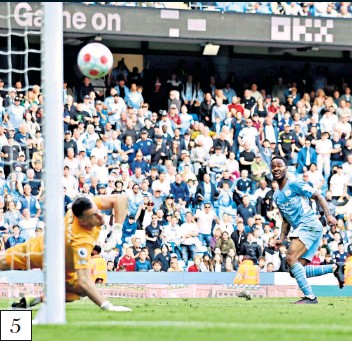 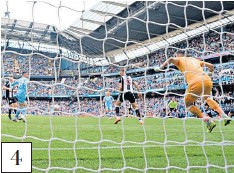 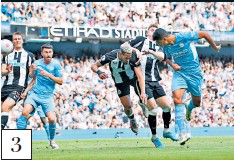 After the trauma of the Champions League exit, this was the therapy that Manchester City desperately needed and Liverpool feared. An emphatic victory over Newcastle United not only took them back to the summit of the Premier League, but provided a three-point advantage with just three games to go and significantly boosted their goal difference. And that could be as valuable as another point. It felt like a statement performance and statement scoreline. Decisive? No one can say that with certainty, but with retaining the league title now City’s only goal, surely they will not let it go. They face Wolverhampton Wanderers away on Wednesday, admittedly a fixture they have previously struggled in, are away at West Ham United next Sunday – the day after Liverpool play the FA Cup final – and finish the campaign at home to Steven Gerrard’s Aston Villa. It is no easy run-in, it never is, but after the shattering defeat at Real Madrid, here was a forceful response to the question of whether City would be broken or could patch themselves up to win the title and deny Liverpool, who drew at home to Tottenham Hotspur, the prospect of an unprecedented quadruple. “It was… a big battle in the brain. You keep thinking about what happened,” Rodri, one of the goalscorers, said of the loss to Real as he gave an insight into their scarred psyche. The only concern was an apparent injury to Ruben Dias, who was replaced at half-time. With John Stones and Kyle Walker already hurt, it leaves Pep Guardiola fretting, and he withdrew Aymeric Laporte as a precaution and kept Nathan Ake on the bench as he ended the game without a centrehalf. Still, he will have been impressed by the performance of another defender, Oleksandr Zinchenko, and no one would suggest City do not have the resources to cope. Especially with just three games to go. For Guardiola, though, the overwhelming sense was of relief, and that was evident in his celebrations, especially as City kept going and scored two injury-time goals. Despite his experience as a manager and his skill as a coach, even he will not have known with any certainty how City would respond to the dramatic and, frankly, irrational loss of their Champions League semi-final. The manner and the margin may also prove crucial. This result means City pulled four goals ahead of Liverpool, having trailed them by eight goals just four rounds of fixtures ago. City have scored 17 times in winning all of that sequence, since the 2-2 draw against Liverpool, conceding just once. Given their theoretical wealth, Newcastle aspire to be another City and to also challenge Liverpool, but a week after being beaten at home by Jurgen Klopp’s side, they again saw the gap they need to bridge, even if it should be remembered that the aim this season was just to avoid relegation. There was the bonus, though, of Kieran Trippier and Callum Wilson coming on as second-half substitutes after long-term injuries, although manager Eddie Howe will have been disappointed at how his team were outrun by a side who had just come through 120 shattering minutes of Champions League intensity. With games like this, it sometimes appears the Premier League is almost too easy for City, for whom Ilkay Gundogan and Kevin De Bruyne were outstanding. Such was City’s superiority that between the 45th and 55th minutes they completed 108 passes. Newcastle completed none. There were two goals in the first half and three in the second, although maybe it might have been different had Chris Wood not headed weakly at Ederson from just five yards out before the scoring began. It may have preyed on City, but they created chances of their own before Gundogan smartly flighted the ball across the penalty area with Joao Cancelo stealing in, as Allan Saint-Maximin failed to react, to cleverly direct it back across goal. Raheem Sterling headed home his 50th league goal at the Etihad (and he would wrap up the scoring with his 51st). Only Sergio Aguero – with 106 – has claimed more. The next two goals owed everything to something City are not usually heralded for: set-piece prowess. Each involved a different corner from De Bruyne, whose delivery is so exquisite. For the second goal, he pulled the ball out to the edge of the area, where it was met on the volley by Gundogan. Martin Dubravka spilled the shot with Dias following up, only for the ball to break to Laporte. With the third goal in the 61st minute, Rodri met De Bruyne’s ball towards the near post as his marker, Emil Krafth, was lost in the traffic of bodies. Rodri glanced his header past Dubravka and Guardiola’s reaction showed he thought the result was secure as he turned and grinned at the bench. Dubravka saved superbly from Zinchenko before Newcastle should have reduced the deficit, when Wilson combined with another substitute, Jacob Murphy. Through on goal, his shot was smothered by Ederson. City took advantage as, in stoppage time, Jack Grealish proved too quick and strong for the returning Trippier before flicking the ball to Zinchenko, whose shot fell to substitute Phil Foden. He stabbed it home. In a sign of City’s intent they were not finished, English trio Grealish, Foden and Sterling combined for the latter to slam the ball high past a forlorn Dubravka. It was the flourish of championselect.