In this group biography, five of the CIA’s pioneering female agents are brought in from the cold 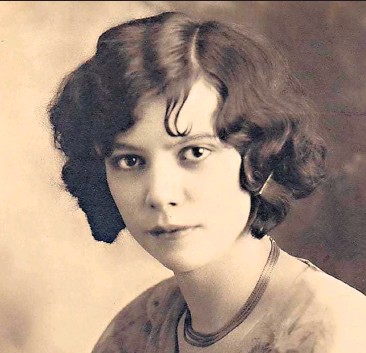 400pp, Icon, T £19.99 (0844 871 1514), RRP £25, ebook £11.04 ÌÌÌÌÌ It was one of history’s great handbaggings. In February 1953 Allen Dulles, the new head of the CIA, concluded his inaugural address to staff by asking for questions. He was immediately bombarded with complaints of being underpaid and under-promoted from female staffers, who begged him to do something to halt the recent exodus of women from the agency. Caught on the hop, Dulles agreed to an investigation and set up a task force comprising the CIA’s most senior women; male colleagues dubbed them the Petticoat Panel. Dulles, huffed one senior figure, had been bounced into endorsing a pointless exercise by a few “wise gals”. Although their careers were circumscribed by chauvinism, many of the Petticoat Panellists still achieved dazzling things: they are the giantesses on whose shoulders stand the likes of Gina Haspel, appointed the first female director of the CIA in 2018. The historian Nathalia Holt, whose previous books have celebrated the unsung women involved in the Space Race and early Disney animations, now brings the Wise Gals in from the cold in a group biography relating the untold stories of five of them. The tale begins during the Second World War, with “Wild Bill” Donovan, the maverick founder, in 1942, of the Office of Strategic Services – first encountered in this book cooling down a stuffy office by putting his foot through a window – determined to run a diverse intelligence agency and to promote female clerks and secretaries who indicated an aptitude for espionage. The OSS was wound up at the end of the war, but some of the women who worked for it went on to join the new Central Intelligence Agency (or Central Intelligence Group, as it was known when it was founded in 1946). The CIA turned out to be a far more homogeneous outfit, however – characterised by one observer as “male, pale and Yale” – with women treated so dismissively that they left in droves. What characterises the heroines of Holt’s book is their capacity to recognise that their work is so important that they are prepared to stick at it with little acknowledgement and on half the pay of men doing the same job. Eventually they make themselves indispensable. Adelaide Hawkins, who began as a clerk in the OSS, fumed at being unable to go on operations abroad because the CIA did not allow women with children to work overseas – a rule that applied even if the children had long ago grown up and left home. But she quietly proved her worth as a cryptanalyst until she eventually became head of “covcom”, the covert communications unit. Eloise Page, who avoided a deskbound life by eschewing marriage and children, started out as Wild Bill’s secretary and ended up as head of the Scientific Operations Branch – which she had renamed, on the grounds, she said, that “I’ll be damned if I’ll be the chief SOB”. She bet one male superior who was dubious of her intelligencegathering abilities that the Soviets would launch their Sputnik satellite on the date she specified, and won a case of champagne for her team. Holt also tells the stories of Mary Hutchison, who carried out vital work in Europe and Japan but remained two or three paygrades below men in similar positions – possibly because of what one assessor described as her “inborn (perhaps feminine) tendency to resist direction or guidance” – and Elizabeth Sudmeier, who had the most adventurous life of the lot, running agents in Iraq for 15 years. The last of the five central figures in the book did not live to be a part of the Petticoat Panel. She was Jane Wallis, who ran agents in Germany with the aim of tracking down the hidden gold and valuable artworks that were intended to fund a Nazi resurgence; it was dangerous work, requiring her to travel always with two sets of pills: K-pills (K for “knockout”) to incapacitate people and L-pills (L for “lethal”) to take herself in case she was captured and faced torture. She died in a plane crash while travelling on routine business in 1948, the first CIA officer to be killed in the line of duty. One wonders if some of her colleagues – especially Liz Sudmeier, who became an alcoholic after failing to adjust to retirement – envied her for dying with her boots on. Holt has a weakness for melodramatic cliché (“Fate, however, had other plans”; “Love was a luxury she could not afford”) and a tendency to state the obvious (do we have to be told, when Hermann Göring is referred to in passing, that he was “one of the most powerful figures in the Nazi Party”? And for those who do happen never to have heard of him, the description is surely too vague). But her book is beautifully organised, skilfully weaving the lives of these five disparate women into a coherent whole, and she imparts a lot of complex technical information with admirable clarity. If the book lacks the level of excitement of, say, Agent Sonya, Ben Macintyre’s biography of the Soviet spy Ursula Kuczynski, blame the CIA’s reluctance to deploy women in danger zones. That is all in the past now, of course, and a proper thing too. A view repeatedly expressed by the subjects of this book is that women make better spies than men – more sensitive and commonsensical; less egotistical and belligerent – and, finishing it, one inclines to the view that the more level the playing field in our intelligence agencies, the safer the world becomes.