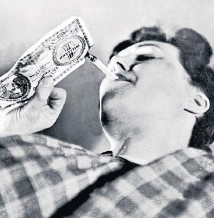 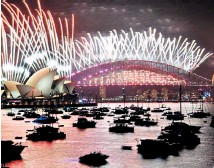 Spies, plots and scandals are strong themes in this week’s radio. In Archive on 4: Profumo Confidential (Saturday, Radio 4, 8pm), Tom Mangold reflects on the most significant journalistic assignment of his life, when he covered the Profumo Affair in 1963 for The Daily Express, and re-examines the story, through new interviews with original key sources and recently rediscovered archive material. Mark Gatiss stars as Sherlock Holmes and Sanjeev Bhaskar as Dr Watson in Drama on 3: The Hound of the Baskervilles (Sunday, Radio 3, 7.30pm), an adaptation of Arthur Conan Doyle’s classic novel in which the detective investigates a mysterious death on Dartmoor. Recorded at the Barbican Centre in London in December 2022, this fantastic version is a concoction by the dramatist and composer Neil Brand, who conducts the BBC Symphony Orchestra alongside Timothy Brock. The crossings of migrants in small boats between France and the UK has long been known to be controlled by gangs who make huge amounts of money through putting the lives of desperate people in danger. In The Boat Smugglers (Monday, Radio 4, 8pm), Sue Mitchell explores how the operation has developed to become an increasingly sophisticated business. Sydney’s New Year’s Eve fireworks are possibly the most famous New Year celebrations in the world. Watched by more than a billion people as rockets light up the sky above the Sydney Harbour, they are known internationally for their scale and creativity. For In the Studio (Tuesday, World Service, 11.30am), Regina Botros goes behind the scenes of how the display is planned and executed, discovering the artistic process and the enormous pressures of meeting global expectations. In Oti Mabuse’s Dancing Legends (Wednesday, Radio 4, 11.30am), the former Strictly star’s special guest is her sister, and former co-star, Motsi Mabuse, who chooses to focus on how she has drawn influence from Olga Muller, a former Latin World Champion who trained both Oti and Motsi. Together the Mabuse sisters reminisce about their time together, and Oti and her husband, dancer Marius Iepure, learn a Muller-inspired routine in the studio. Inflation seems bad enough at the moment, but how does it compare to Hungary in July 1946? Well, the monthly rate of inflation back then was 41.9 quadrillion per cent (which is 41.9 followed by 14 zeros), causing prices to double every 15 hours, the highest rate ever recorded anywhere in the world. Bridget Kendall chairs a discussion of what caused the disaster, how it affected people’s daily lives, and how it ended during The Forum (Thursday, World Service, 10.06am). Book of the Week: Wise Gals by Nathalia Holt (Monday to Friday, Radio 4FM, 9.45am) is the account of four female spies in the original CIA, known as the “wise gals” because of their quick wit and sharp intelligence, as they rose to positions of secret but significant power and influence. Read for radio by Nicola Stuart-Hill, Holt’s book (see review, p16) documents how the spies – Adelaide Hawkins, Mary Hutchison, Eloise Page, and Elizabeth Sudmeier – were crucial in identifying where global nuclear threats were coming from after the Second World War.