‘I realised gardening could be more than I thought’

Nick Wood from Devon – from the arts to horticulture 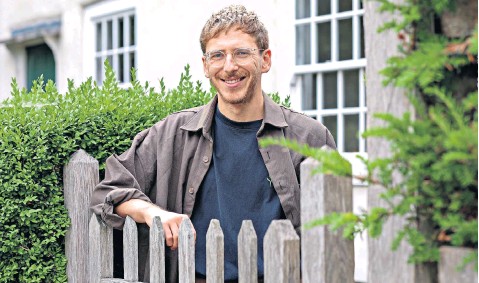 Some might say Nick Wood had good foresight. “I quit all of my jobs in 2019 to take a placement with the National Trust for Scotland: a year on its heritage horticulture course,” he says. “Which was sort of lucky timing!” Nick, who is 33, had previously worked in the arts in Edinburgh, which meant a constant juggle of zero-hours contracts combined with his own creative practice. “I was working all these jobs and then spending my free time in the Botanic Gardens. I did a couple of projects that touched on plants and plant history, looking at the socio-political history of buddleia. I was spending all this time theoretically among plants and just thought, ‘Hang on, why am I not doing this more practically?’” Nick’s fascination with plants led him to more volunteer placements with arts establishments, such as the Jupiter Artland sculpture park and gallery outside of Edinburgh and the Whitworth Art Gallery in Manchester, which he managed alongside his day jobs. “It made me realise that it could be more than I’d thought.” Transitioning from a career in the arts to one in gardening has been transformative: instead of being stuck in a one-bedroom flat with no garden, Nick rode out lockdown in a 64-acre garden. But he admits that both are equally financially precarious. “I think the pay is still pretty poor,” he says. “There’s a lot to be done with representation in horticulture.” He’s benefiting from heavily subsidised accommodation currently, but suspects the future could be more difficult. “A lot of these gardens are in really affluent areas. Finding accommodation nearby on a very low wage isn’t going to be fun.” After retraining “in the middle of nowhere in Dumfries and Galloway” for a year, Nick landed a spot on the three-year traineeship programme run by the Professional Gardeners’ Guild, which takes place in historic gardens around the country and is supported by the Studley College Trust. “I’d say the PGG is pretty great but it’s very specific to someone who can uproot their life for three years,” Nick says. “But if time allows there are always local community growing spaces and allotments; if you can get access to those to build your own knowledge you can dip your toe in.”