The mundane reality of net zero 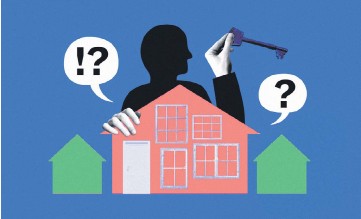 As I write this, a tenant’s radiator has apparently “fallen off the wall”, which is why they are using a blow heater. It’s cold, so they are not opening the windows – which is the reason they have black spot mould around the windows. But properties, like humans, need to breathe. In the race to become more energy efficient – all newly let rental properties are planned to be an EPC grade “C” by 2025 – you would hope condensation mould would be a thing of the past. Unfortunately, this is not the case. A recent news report revealing condensation damp in a new- build A-rated property proves the point – or rather, the lack of airflow showed how damp can form even in the newest and highest rated of properties. Trickle vents and working extractor fans may not be at the top of everyone’s wish list, but they should be. Ventilation of a property is key to healthy living. Condensation mould is mainly an issue in winter. The temperature falls and condensation forms on the coldest surfaces. Left untreated, the spores will spread and can cause illness. While there are effective treatments available on the market (I’m a huge fan of HG Mould Remover), prevention is always better than cure. The concern this winter is, with sky-high energy bills, the problem of condensation mould will get worse as people fear turning on their heating. I’m not immune to the rising costs of heating, but I do worry for people who are using any of the hacks doing the rounds on social media to help with condensation. Cat litter in a sock next to the window sounds like a good idea, until you realise that by not opening the window (even a little), you still have stagnant air and the lack of ventilation is making the problem worse. I know it’s forecast to be cold this week, but we really need to have a national conversation about the benefits of fresh air. It is free and is really good both for humans and the properties they inhabit. Getting a constant airflow into a property means moisture can be dispelled more quickly. Simple lifestyle changes such as opening a window a bit, or making sure the extractor fan is working while showering or cooking, can prevent a build-up that can lead to condensation mould forming. Drying washing inside is a normal practice at this time of year. But consideration needs to be given as to where that moisture evaporating from the clothes is going. With no window open the moisture will be attracted to the coldest places – usually around the window sills and on external walls and especially behind furniture close to walls. Just opening the window a tiny crack to allow air to circulate will prevent the moisture collecting – and prevent mould from building. To combat condensation mould, you need to take a proactive approach. Firstly, you need to check the property for any water ingress – it’s surprising the amount of people who do not clean their gutters regularly, but a blocked gutter can cause no end of problems. Secondly, try to boost your insulation as best you can. Loft insulation is the cheapest and most effective solution on the market. Thirdly, ensure all ventilation systems are adequate – that trickle vents are open and extractor fans are operational. Using a dehumidifier can also assist, along with “positive airflow” or PIV systems, but the latter can be expensive, and fresh air is free! Lastly, lifestyle habits are one of the main causes of condensation mould and there are simple hacks that can help reduce the build-up. Always use covers on pans when cooking, a squeegee after showering, and keep the window open (even a little) and the extractor fan on. Ensure the bathroom and kitchen are painted with anti-mould paint, because this will help prevent the mould spores forming, but if they do – clean promptly to stop the spread. Being mindful of moisture in your everyday activities (and that includes breathing!) will ensure you live in a healthy mould-free home.