‘Not necessary’ to put criminal record on CV 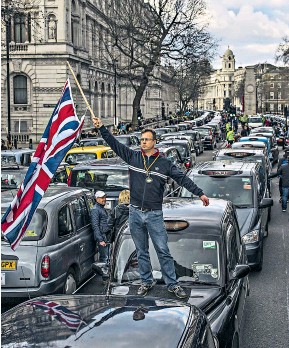 CRIMINALS should no long have to declare their convictions on their CVs when going for jobs to help them get into the labour market, David Cameron has said. The Prime Minister said the changes – which are based on reforms already trialled in the US – would apply to all new civil servants in an attempt to encourage other companies to follow suit. He also raised the prospect of releasing more criminals before the end of their sentences and tracking them by satellite to take pressure off jails. In a key speech setting out the Government’s prisons policy, Mr Cameron said he wanted “prisons to be places of care not punishment”. Offering perks to prisoners did not make jails “holiday camps”, he said, adding: “Warehousing more prisoners is not sustainable or cost effective in cutting crime.” Under the Ban The Box initiative, job applicants would no longer have to state their criminal convictions when they first apply for a job. Instead they would declare them further into the application process. Whitehall officials would crosscheck all applicants against official registers such as the criminal records database and the sex offenders’ register before offering them a job. Mr Cameron said he wanted “to build a country where the shame of having a prior conviction does not necessarily hold people back from working and providing for their families”. He said businesses and organisations had “to know who they are interviewing” but added: “Here’s my question: should offenders have to declare it upfront, before first sift of the CVs, before they have been able to state their case? Or might they be able to declare it a little later, at interview stage before an offer is made? “And I want to work with businesses – including the many who have already signed up to the business in the community campaign – to see if we can do this here.” Mr Cameron raised the prospect of releasing prisoners early. “We should be creative and look at how we can use satellite-tracking tag technology to combine with prison,” he said. “When some of these prisoners are getting close to release we do send them out on day release to start work or training.” Mr Cameron rejected “lazy” claims that prisons were “holiday camps”, insisting they were “often miserable, painful environments: isolation, mental anguish, idleness, bullying, self-harm, violence, suicide”. The present system was “infantilising” senior staff, he added, with Whitehall guidelines on the number of jigsaws, sheets of music and pairs of pants a prisoner could have in their cell. In other measures, police are to be given new powers to speed up the deportation of foreign offenders – who will be required by law to declare their nationality in court – while ministers will work with mobile network operators to block mobile signals in jails. There would also be a new “financial incentive scheme” for highperforming staff, he said, and funds to attract good graduates to the profession.