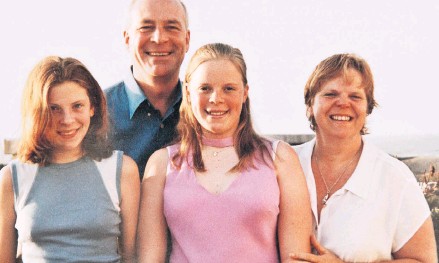 THE family of the murdered schoolgirl Milly Dowler accused Surrey Police of prolonging their “torment and pain” as they disclosed the harrowing details of what Levi Bellfield did to their daughter in her final hours. They said Bellfield told police nine months ago that he had raped Milly in broad daylight, then tortured and carried on raping her over a 14-hour period before he strangled her. He also told police he had an accomplice, which the Dowlers described as “devastating” news. Last month Surrey Police finally concluded the accomplice never existed, but the delay in the investigation put “unimaginable” pressure on the family as they waited to find out if there had been a second murderer. They also implied that the only reason they were told last May about Bellfield’s confession was because police were concerned a cellmate was going to go public with the information upon his release, rather than because the force wanted to keep the family in the loop. Bob and Sally Dowler, Milly’s parents, and sister Gemma released a statement detailing the 13-yearold’s horrifying ordeal because, they said, they did not feel the information already made public “reflects the true heinousness of the man”. They said Bellfield, 47, told police that after abducting Milly and assaulting her at his flat in Walton-onThames, in March 2002, he drove her to his mother’s house three miles away in Feltham, where “he reversed down a long driveway and then raped her in broad daylight over the boot of his car”. He then took her to another location, “where the rape and torture continued for a number of hours, until the next day when he finally strangled her to death”. A few days after being told about the confession, Surrey Police told the Dowler family that Bellfield, who insisted on talking to female detectives, had also named an accomplice. The Dowlers said: “There are no words to describe the additional torment and pain we have been going through since we were told this information. “We had to remain silent for eight months while the police conducted their investigation. “Finally, when they made the arrest of the suspected accomplice, the person was questioned and released without charge in less than 10 hours as there was no evidence found.” Bellfield subsequently claimed he had never admitted murdering, abducting or raping the 13-year-old, and has challenged police to prove that he did confess. Bellfield’s solicitor has written to two senior officers at the Surrey force implying that covert recording techniques were used during an informal interview. Last week the detective who put Bellfield behind bars criticised Surrey Police’s handling of the confession. Colin Sutton, the former Metropolitan Police murder squad chief who also solved two other killings carried out by Bellfield, said: “My reading of their [the Dowlers’] statement is that they feel they were only told about Bellfield’s confession because of the cellmate’s imminent release, and I find that surprising, because normally whatever information you’ve got you pass on to the family.” Surrey Police would say only it had been in “regular contact” with the Dowlers and that “our thoughts remain with them”. Last month the force announced that Bellfield, who pleaded not guilty at his 2011 trial, had confessed to abducting, raping and murdering Milly. It also said it had arrested a 40year-old man on suspicion of assisting Bellfield but that he was released without charge as there was no evidence to support the allegation.