Pakistan stakes a claim for jewel in Empire’s crown

Lawsuit demands return of Koh-i-Noor from the Tower, saying it was stolen by the British 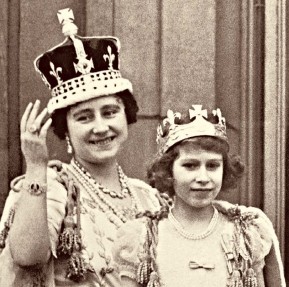 EVER since it was plucked from an Indian gem mine sometime in the 13th century, it has been the subject of feuds between monarchs and empires. Now, more than 150 years after it found its way from the Punjab to the royal household of Queen Victoria, the Koh-i-Noor diamond is yet again the subject of competing claims. The latest person to lay claim to the 105-carat gem, which is kept in the Tower of London, is a Britishtrained Pakistani lawyer who has brought a petition on behalf of his country in a local court. Last week, a judge in Lahore accepted the petition from Javed Iqbal Jaffry, who wants the gem repatriated from this country. India has also long laid claim to the diamond, which was acquired by the British in 1849 when the East India Company annexed the region of Punjab. But in his lawsuit, Mr Jaffry argues that the Koh-i-Noor actually belongs to his countrymen. He says that the gem hailed from territory that became part of Pakistan in the post-war partition. The ruling sets the stage for a complex three-way claim on what was once the largest known diamond in the world. It is set in a crown last worn by the late Queen Elizabeth, the Queen mother, for her coronation with George VI in 1937, and which was displayed on top of her coffin when it lay in state after her death in 2002. The registrar for the Lahore High Court rejected the petition on paperwork grounds in December. But a judge has now accepted the case, meaning it will proceed to a further hearing. Mr Jaffry has named the Queen and the British High Commission in Islamabad as respondents in his case, but his lawsuit is aimed at forcing the Pakistan government to press Britain for the diamond’s return. The mission has been a lifetime cause for the London-trained lawyer, who has written 786 letters on the matter to the Queen and to Pakistani officials. “Koh-i-Noor was not legitimately acquired,” he wrote in his filing. “Grabbing and snatching it was a private, illegal act which is justified by no law or ethics. A wrong is a wrong. It does not become righteous or right by passage of time or even acquiescence.” He argued that Britain “forcibly and under duress” stole the diamond from Duleep Singh, the grandson of Maharaja Ranjit Singh. In 1850, Britain’s governor-general of India arranged for the diamond to be presented to Queen Victoria. Punjab was split between India and Pakistan in the partition of the Raj in 1947. Mr Jaffry said: “The Koh-i-Noor was snatched illegally from the 14year-old ruler of Punjab, from Lahore, by the East India British Company. It was gifted to Queen Victoria, but she never used it in her crown. “The East India Company ruled Punjab, but the question is how can a company be the ruler of any country, so how can you legislate for its actions? “I want to establish the Koh-iNoor’s status as a cultural object of Pakistan. I also request the court to order the government of Pakistan to raise the issue with the British government.” Indians have long demanded the return of the Koh-i-Noor, which was owned by several Mughal emperors and Maharajas.