Rise of Wogan was nearly scuppered by Attenborough 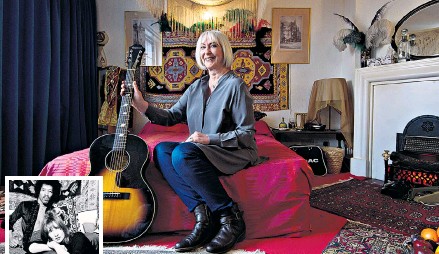 THE fledgling career of Sir Terry Wogan was almost nipped in the bud by Sir David Attenborough when the former BBC executive rejected his application to join the corporation. A letter has been discovered in the BBC archive showing that the 27-year-old Wogan wrote to Sir David – then the controller of BBC Two – in 1965. Wogan, who was working at the Irish broadcaster RTE, wrote: “My reason for writing to you is simply ambition. I should like to extend the sphere of my television activities to see if the success which I have enjoyed in Ireland can be translated to British television.” After listing his accomplishments in Ireland, which included “newsreading, interviewing and news commentating”, Wogan wrote: “While fully realising that since you are familiar with neither my name nor my work, the above litany can carry very little weight, I am hopeful that you are receptive enough of new ideas and personalities to give me the opportunity of substantiating these claims.” Sadly for Wogan, who died last month, aged 77, Sir David was not in an accommodating mood. Citing the fact BBC Two already had an Irish announcer, Denis Tuohy, on its books, he wrote: “I’m afraid that at the moment we do not have any vacancies for anyone with your particular talents and experience – and as one of our chief announcers on BBC2 is also from Dublin, we would feel, other things being equal, that we should look for someone from a different part of the country if we were to make an additional appointment.” He added: “However, I will pass on your letter to the head of presentation and if a suitable vacancy should occur he will get in touch with you directly.” Despite the rebuff, Wogan persisted with his efforts to join the BBC, becoming the presenter of a show called on the Light Programme – the precursor to Radio 2 – in 1966. Another memo found in the BBC archive, from 1968, showed that the presenter was still angling for a move to television. The report, from light entertainment producer Johnnie Stewart, noted that Wogan had a “likeable personality with an unmistakeable, though not aggressive, Irish accent”. Mr Stewart added that at 29 he was “still young enough to fit into most scenes other than pop. I think he would make a great all-rounder.” Asked by magazine whether he recalled rejecting one of Britain’s most successful broadcasters, Sir David said he had received more than 10,000 letters a year and had no recollection of the message. He said: “I think it was a perfectly reasonable answer. To have had two Irishmen presenting on BBC2 would have looked ridiculous. This is no comment whatsoever on Terry Wogan’s talents. It’s just that I couldn’t have had two Irish presenters.”