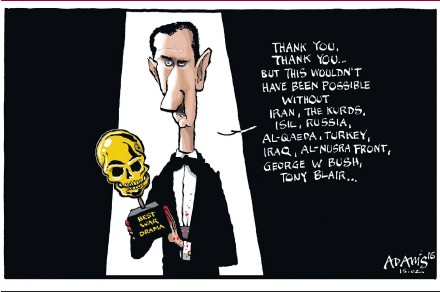 Ithink it probably began with the bankers, and the financial crash of 2007-08. I was watching the excellent new film about the disaster, and was reminded of how badly some of them behaved. They pushed out loans to people who could not afford them. They even rolled up these dud loans into “Collateralised Debt Obligations” (CDO) – and sold them on, like people deliberately selling contaminated meat pies. One bank (naming no names) actually invented a CDO full of un-repayable mortgages, sold the product to its credulous clients – and then secretly shorted the CDO. In other words, they made money from selling something when they knew it would collapse in value. And then they made money when it collapsed! Millions of people suffered. Millions lost their jobs. The whole business embittered the public, and created a sense of mistrust: a bouncing fiery cannonball of rage. Ever since the crisis, that spirit of vengeance has careered from one part of the British establishment to the next – like a toxic pinball of weaponsgrade plutonium, or like some truck on an ice-bound highway, slewing crazily from one side to the other, and oversteering every time. As the crisis deepened, there were public calls for the bankers to be shot, for the whole lot of them to go to jail. That was understandable. Some of them had behaved utterly cynically, and they had always known that in the end they were too big to fail: that the taxpayer would have to bail them out. The awful truth was that they were right. A bank meltdown would have had unbearable consequences. The politicians stepped in to rescue the banks. So it was no surprise that the next target was the politicians. When the expenses scandal broke at Westminster, the place was virtually engulfed in the fireball of rage. Famous names were humiliated; many MPs lost their jobs; some went to prison. And that was at least partly right. The stables needed to be cleaned. But after a while a sense of injustice – of unfairness – started to burn in the breasts of some MPs, a feeling that the whole of Parliament was being dragged through the mud. Many MPs felt they were being made to feel dirty, and criminal, when they had spent years working hard for their constituents. They felt aggrieved. And that sense of injustice began to breed a desire for revenge; and it was not long before the politicians found their target. The British bouncing cannonball of rage moved on – to the very people who had unleashed the expenses scandal. It seemed that Fleet Street had been involved in its own unethical practices – hacking into the phones of celebrities and members of the Royal family, as well as people who had never courted publicity. Some journalists had been trying to listen to the voicemails not just of criminals, but also of victims of crime. They had been breaching the privacy of ordinary people and paying public officials for information. Before long we had the Leveson inquiry, and journalists were appearing in court and going to prison. Again, to some extent this was necessary. Again, however, the law of oversteer began to apply. Some journalists began to feel that it was all going a bit far – that they were being persecuted for doing their job, for trying to keep tabs on the famous and powerful. Honest journalists were shocked to find their homes raided at 6am, their computers taken for inspection by the police. Like those bankers who had never had anything to do with a CDO, like the MPs who had done nothing but serve their constituents, there were many journalists who had never done anything illegal or even unscrupulous. Once again resentment started to burn; and the great vengeful cannonball of rage was about to crash into a new target. There was one mighty British institution that had spent this period observing the disasters in superior detachment. The BBC had luxuriated in the downfall of the bankers; it had enjoyed the humiliation of the MPs; and it had every reason (not least a commercial one) to feel satisfaction at the way the hacking scandal had unfolded. So when truth about Jimmy Savile became known, and the BBC was engulfed in flames, there were plenty of people who warmed their hands at the blaze. Again, there was, at least in some cases, an evil that needed to be exposed. It is now clear that famous names were able to get away with appalling abuse, partly because of a BBC blind-eye culture. Some have now gone to prison. The investigations into historic child abuse have widened – to the point, again, where some feel the whole thing has gone too far. Like some bankers, MPs and journalists, there are those who feel they have come under suspicion in a way that is horrible and unfair. They feel a sense of swelling injustice and rage. They have a new target. Like sections of the media, their wrath has been turned on the police! The cannonball of rage is now bouncing around Scotland Yard. Balance is required. As the police have acknowledged, some of the investigations could have been better handled; some of the criticism strikes me as deeply unfair. It is one of the great things about this country that we hold all our institutions to account. But beware the phenomenon of oversteer.