Connoisseur of the female form 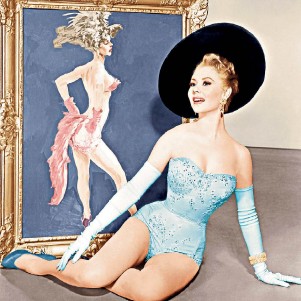 If you love or even like Old Hollywood, if you hanker after parties where Marlene Dietrich, Carole Lombard, Hedy Lamarr and Jean Harlow chew the fat in Spanish costumes under camellia-strewn bowers, then Orry-Kelly’s is a little bit of paradise. Costume designer par excellence and three times an Oscar winner, Orry-Kelly dressed everyone in Hollywood, from Bette Davis to Marilyn Monroe. In a career spanning 30 years, this sensitive, outspoken Australian designed the clothes for almost 300 films. His costumes for movies such as and once seen, can never be forgotten. The recent discovery, by his greatniece, of this 50-year-old memoir in a pillowcase in her laundry room has now brought his life and thoughts and some of his own (cleanish) dirty linen into the public domain. Orry-Kelly was born Orry George Kelly in Kiama, a small Australian town, in 1897 to a hard-drinking father and a kind, straight-talking mother who thought nothing of replacing her son’s Christmas carpentry set with a deluxe sewing box. Moving to Sydney to study banking when he was 17, Kelly became enamoured of the city’s extraordinary underworld. As he describes it, it’s Dickensian London on acid. What company he kept: Port Wine Pansy, Terrible Tilly, Gee Gee the con man. The prostitutes in particular impress Kelly with their high style. For a funeral they buy French brocaded gowns, have them dyed black, and team them with wafts of nuns’ veiling bordered with mourning crêpe, black fox muffs and scarlet lips. They look like vampires. Fetching up in New York in 1923 in his early twenties, Kelly, now an aspiring artist and actor, makes ends meet “painting good likenesses of bad drunks” and decorating nightclub walls. This is interspersed with attempts to get on in vaudeville, which don’t quite take off. A Chaplinesque attempt to make money, running a speakeasy disguised as an artist’s studio, means donning a smock every time he answers the door. None of his friends will pay their drinks bills. A lifelong friendship with Archie Leach (later to be Cary Grant) begins. Some say they were lovers. Eventually designing Broadway costumes and stage sets, Kelly gets into his stride. It is only on page 160 that Orry George Kelly, now simply Orry-Kelly, follows his dreams to Hollywood, which is just like the movies. It is here his talent flourishes and between 1933 and 1940 he works on as many as 60 pictures a year. He becomes a great connoisseur of the female form and the female character, his is friend and confidant to the stars who recognise his ability to transform careers. He is well liked for his lack of pretension, his loyalty and modesty and humour. Despite an ugly spat with Monroe over the size of her behind, he is sensitivity itself with his leading ladies. He is even kind to the ones he doesn’t admire, but won’t accept their fake affection, murmuring semi-pleasantries such as, “I’ll do my best for you but remember, darling, we don’t like each other.” Orry-Kelly’s observations of the stars and their ways are very winning. Joan Blondell, like all rounded figures, “looked better in the altogether”. (Good to know!) Olivia de Havilland was kind, considerate, sincere and loyal. Of her sister Joan Fontaine, he merely writes “On screen she was charming”. Ouch. Greta Garbo called Orry-Kelly “her funny man”. Ingrid Bergman was the most “unactressy of actresses”. Dolores del Rio would gaze at herself in the mirror whispering, “Jesus I am beautiful”. Everything Merle Oberon did seemed “to the manor born – her poise, her dignity, her… speech”. Bette Davis, whom he dressed for was professional with every strand of her being. He is disgusted by Cary Grant’s penny-pinching ways. Errol Flynn, on the other hand, loved everything that went with being a film star: “Yachts, imported tweeds, black brocade dinner jackets, beds with mirrored ceilings, fur-lined bedspreads, whole suckling pigs…” After a mixed experience with Marilyn Monroe he declares he’d rather sell hot dogs than ever work with her again. Orry-Kelly makes it clear, all the same, that he himself didn’t always behave as well as he might have done, especially in alcohol. reproduces Orry-Kelly’s drawings and designs alongside film stills, posters, casual snaps and publicity shots of the stars. We see a style emerge that is refined yet glamorous, a pared-down elegance which hides its art. By this wonderful book’s close the character that has emerged is so likeable you cannot help hoping the niece’s pillowcase that housed these tales for years was of blush silk satin, or, better yet, finest linen with an immaculate springy frill.