What is the greatest album ever?

Kanye West claimed it was his next one, so Neil McCormick has looked back over the past seven decades to produce his personal top 10

The Life of Pablo, Pablo and The Life of Modern Sounds Sergeant Pepper The Miseducation of Lauryn Hill). 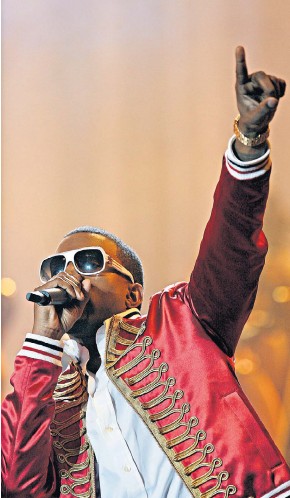 When Kanye West proudly proclaimed on Twitter last month that his forthcoming album would be “the greatest album of all time” he was greeted with widespread ridicule. It was not just going to be “album of the year”, boasted the American hip-hop star, but “album of the life”. Days later, West downgraded his claim, conceding that his seventh album, would merely be “one of the greatest” – which leaves that ultimate top position intriguingly unclaimed once again. The album format has been around for more than 70 years and, despite declining sales, is still regarded as the pinnacle of pop’s artistic expression. There have been millions released, across all musical genres, with many thousands acclaimed by fans and critics. Most lists of the best run to hundreds and constitute what has become almost an official canon, predominately drawn from rock, pop and soul and including the likes of The Beach Boys’ Pet Sounds, The Beatles’ Sergeant Pepper’s Lonely Hearts Club Band, Pink Floyd’s Dark Side of the Moon, David Bowie’s Ziggy Stardust, Marvin Gaye’s What’s Going On Fleetwood Mac’s Rumours. Inspired by Kanye’s bold boast, I decided to shake things up a bit by looking at the key genres that have shaped modern music beyond the usual suspects and finding the greatest example of each. The criteria are an album that stands as a supreme artistic work, that had profound impact and cultural influence, reaching out to all listeners (not just fans of the genre) and that still sounds as good now as it did when it was made. is going to have to be some kind of work of genius to get past this lot. It mashes together dub reggae, rock, synth pop, soul, rap and R’n’B, mixing electronica with lush classical orchestrations, employing samples and live musicians to produce a deeply groovy, psychedelic masterpiece. Few people would consider Ray Charles a country artist, but when the great soul man turned his attention to the tunes of the southern American states where he was raised, he shattered the genre’s narrow focus and demonstrated its potential as a form of universal pop. What still sets apart from masterful albums by such classic country stars as Johnny Cash, Dolly Parton, Willie Nelson, Gram Parsons and Emmylou Harris is the genius of Charles’s musicality. He deepens melodies with jazz chords, harmonies and audacious playing, while delivering vocals that bring the emotional message home every time. Coined in the Eighties to describe artists from independent labels, indie coalesced around a left-field, maverick aesthetic, particularly in terms of idiosyncratic rock that challenged the macho mainstream. The Smiths are the perfect distillation of indie values and their third (of four) studio albums is their masterpiece, in which singer Morrissey’s poetic language, languorous voice and emotionally bereft world-view synced perfectly with guitarist Johnny Marr’s melodic song-craft and inspired guitar work. The songs sparkle like gems, though the album beats with a dark, lonely heart. West’s new offering will have to be truly magnificent to better his fifth, hailed by Elton John as “the of hip hop”. There are purer rap albums, featuring audacious wordplay and samples from Jay Z, Tupac Shakur and Eminem, but the artistic daring of West sets him apart. Melodious songs are concocted with megalomaniac grandeur from startling samples, club grooves, glittering electronica and swooning classical orchestrations. The results are powerful and at times quite beautiful, and more accessible to music lovers of every taste than almost any other rap album (although I have to nod to Lauryn Hill’s 1988