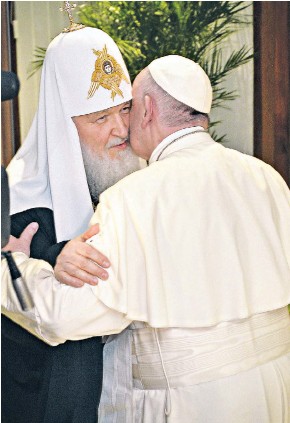 IT is surely one of the most unlikely pieces of detective work ever recorded. When Edgar Latulip went missing from a rooming house in the Canadian town of Kitchener, Ontario, in 1986, he seemed to have slipped out of his family’s life for ever. Police searches failed to find the then 21-year-old and – despite one reported sighting several years later – relations feared he was dead, either murdered or having committed suicide. Now, nearly three decades on, Mr Latulip himself has solved the mystery of his disappearance after remembering his own name following what appears to have been a catastrophic loss of memory. Mr Latulip, now aged 50 and said to have a developmental delay that causes him to operate at the level of a child, began to crack a long-dormant missing person’s case when he told his social worker that he could recall segments of his forgotten past, including his own name. After an online search, the social worker realised that his charge may be the subject of an unsolved case and alerted the police. Standard police detective work did the rest, establishing that Mr Latulip shared the DNA of another member of his family. The missing man, long presumed dead, had instead been living in St Catharines, just 80 miles from the town from which he had vanished. Local police say it is the longest period they have encountered of someone going missing before finally being discovered. Mr Latulip’s mother, Sylvia Wilson, had last seen her son in hospital in Kitchener, where he was recovering from a failed suicide attempt. She said in an interview two years ago that her son’s disappearance had made her ill. “Having an answer would mean closure,” she told Canada’s “When Edgar disappeared, I became quite sick. I had to take a leave of absence from work. I was near a nervous breakdown.” Plans are under way to reunite her with her son, although the decision is being left to Mr Latulip. Detectives believe Mr Latulip experienced memory loss after suffering a head injury soon after taking a bus from Kitchener to Niagara Falls in 1986. He may have gone to Niagara Falls to take his own life. Instead they now believe that he went on St Catharines, less than 20 miles away. “I think he got on a bus, and the bus took him to Niagara Falls, and then he wandered on to St Catharines. That’s when he suffered the head injury. When he kind of woke up, things were a lot different,” said Constable Philip Gavin, of Niagara Regional Police. Det Constable Duane Gingerich said police had feared the worst, despite a reported sighting of the missing man in 1993 in Hamilton, 32 miles from Ontario. “For us as investigators, this is great, this is awesome,” he said. “It’s satisfying because most of these cases don’t turn out this way.”