As Republican wins New Hampshire, he says French citizens should have been armed during Paris terrorist attacks 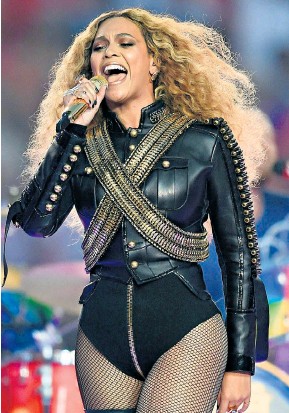 DONALD TRUMP has predicted a “revolution” in Europe in a backlash against the immigration crisis, as he stormed to victory in the New Hampshire primary in a display of anti-establishment power. France is “no longer what it was” and the German Chancellor Angela Merkel had made a “tragic mistake” in allowing nearly a million migrants into Germany, Mr Trump claimed in a lengthy interview with Right-wing French publication The real-estate billionaire coasted to victory on a wave of voter anger in New Hampshire, taking a commanding 35-16 lead over his nearest rival, Ohio governor John Kasich, while leaving the others trailing. In the interview, published shortly after his triumph, Mr Trump steered clear of mentioning the UK, instead taking a swipe at Mrs Merkel. He said she had made a “huge mistake with the migrants” by welcoming hundreds of thousands to seek asylum in recent months. “What’s happening in Europe can lead to its collapse. It’s dramatic what [Angela Merkel] has allowed to happen, this flood,” he said, adding that the “consequences” were being felt around the continent. “If we don’t deal with the situation competently and firmly, then yes, it’s the end of Europe,” he predicted. Stopping short of predicting civil war, he said the continent had “real revolutions ahead”, adding that Europe “won’t be spared” a September 11-style disaster. “My German friends no longer know where they are. They can’t believe their eyes about what is happening…they’re desperate,” he claimed. “I think that you are heading for more than just upheaval, on a scale you can’t even imagine” if the immigration issue isn’t dealt with “in an intelligent, rapid and energetic manner”, he warned. As for France, Mr Trump warned: “Unfortunately, France isn’t what it was, nor Paris.” The pro-guns candidate claimed that the Paris terrorist attack of November 13 that killed 130 could have been thwarted if the French had been allowed to bear arms to defend themselves. A day after commanding a record win in the New Hampshire primary last week, the Republican frontrunner went on to South Carolina, where his populism is resonating in an election traditionally ruled by establishment politicians. Mr Trump told that even he was surprised at the success of his tactics of bypassing the media to address the people. “It’s extraordinary. I admit that I wasn’t expecting it,” he said of opinion ratings and the 12 million people he said now follow him on social media. Insurgent candidates have been a staple part of the initial stages of American presidential races, but ultimately the person with the political and financial backing of the political mainstream has gone on to win. It was widely assumed that the same fate would befall Mr Trump, but he has tapped into workingclass voter fury at a political establishment who they feel do not represent their needs.