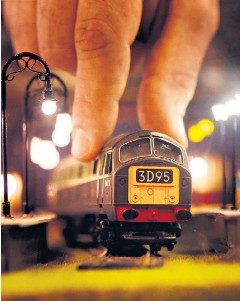 THE boss of the rogue trader dubbed the “London Whale” has been fined almost £800,000 for failing to be open with investigators. Achilles Macris headed JP Morgan’s chief investment office in London where Bruno Iksil was accused of racking up losses of more than $6bn in the scandal in 2012. The Financial Conduct Authority dropped its investigation into Mr Iksil last year but last week issued a fine of £792,000 against his former boss. In March 2012, the Financial Services Authority, the City regulator at the time, spoke to Mr Macris in a “supervision meeting” about the mounting losses being suffered by his London investment unit. He told officials that losses of $200m had been incurred but that the bank’s “synthetic credit” portfolio “was now balanced and did not require additional trading”. The FCA said last week that he failed to give a full picture of his unit’s mounting problems. Investigators spoke to him again in April 2012 after news articles emerged focusing on the unit’s losses, but the FCA said that he “allowed an inaccurate impression to be given that there had been no material changes since the supervision meeting and that there were not wider causes for concern with the synthetic credit portfolio”. As a result, the authorities did not have a full picture of the state of the bank’s trading book, and regulators claimed the actions of the boss may have affected the willingness of junior staff to speak out. Mark Steward of the FCA, said: “Mr Macris should have explained the position more squarely.” The fine against Mr Macris was reduced by 30pc to £792,900 because he settled early with the authorities. JP Morgan, which declined to comment, was fined $920m (£640m) by regulators over the “London Whale” scandal, which saw Mr Iksil and fellow traders accused of inflating the value of the unit’s assets to hide its losses, resulting in a multi-billion dollar loss. However, Mr Macris is battling to have the judgment against JP Morgan altered. That settlement with the bank found the unit’s management “deliberately misled” the authorities. Mr Macris has won his case in the Upper Tribunal and the Court of Appeal but the FCA is taking their appeal case to the Supreme Court.